BOGOTA, Aug. 14 (Reuters) – The Colombian economy shrank 15.7% in the second quarter from the same period last year due to the economic fallout from the coronavirus in the worst quarterly performance in at least decades, the government statistics agency said on Friday.

The figure was roughly in line with forecasts by analysts, who said the Andean country’s economy would suffer the worst contraction in its history during the quarter – estimating a median contraction of 16%.

The marked contraction is due to a widespread economic shutdown in the first months of an ongoing national quarantine intended to curb coronavirus infections.

“Since the DANE (statistics agency) was responsible for it, we can say with certainty that this quarterly growth is the most important in its negative sense,” said DANE director Juan Daniel Oviedo, who warned that the figures decades past were not comparable to current ones. calculations.

Most sectors of the economy are operating again with new security protocols, but many businesses have been hit by the shutdown and unemployment hit nearly 25% in June.

The economy contracted 20% and 16.6% in April and May respectively, with April’s figure being the largest decline on record.

The economic contraction in June was 11.1%.

Analysts polled by Reuters last month said retail, entertainment and other services provided directly to the public would have been badly affected, but the effects of the shutdown would also be widespread across the economy.

Their predictions turned out to be premonitory: the leisure and entertainment sector contracted by 37.1%, trade by 34.3% and construction by 31.7%.

The contraction was 14.9% in the second quarter compared to the first, DANE reported. It also revised its first quarter growth figure to 1.4% from 1.1% originally.

The economy will contract 5.95% this year, analysts said, more than the 5.5% projected by the government.

The central bank’s technical team last month revised its estimate of the GDP contraction for this year to between 6% and 10%. The bank’s board of directors has cut the benchmark interest rate by 200 basis points since a cycle of cuts began in March. (Reporting by Julia Symmes Cobb, Carlos Vargas and Oliver Griffin Editing by Chizu Nomiyama and Alistair Bell) 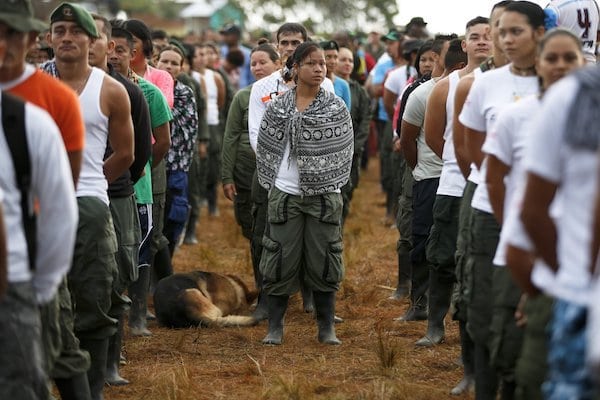