The problem with the punishment strategies mentioned above is that Putin already seems to have a backup plan in place.

Central to this plan is the “de-dollarization” of Russia’s foreign reserves, a process that has created what analysts have called “fortress Russia.”

Reserves of Russia’s central bank have increased by more than 70% since 2015, according to the FinancialTimes.

Reserves are now worth around $640 billion, equivalent to nearly a year and a half of its export earnings.

Being the fourth-largest foreign reserve in the world, “it’s what gives Putin his freedom to strategically maneuver,” says Adam Tooze, an economic historian at Columbia University, the New York Times reported.

It’s no secret that Putin and Chinese President Xi Jinping are uniting against the United States.

On the opening day of the Beijing Winter Olympics, Putin and Xi announced, in a joint statement, a new strategic partnership between Russia and China.

Xi even backed Putin’s demand that NATO should not expand eastward and that it should not give membership to Ukraine.

Therefore, in case a war breaks out and US sanctions are imposed, Moscow will benefit from Beijing’s economic support.

What the United States could do, to make its sanctions against Russia more effective, is to impose secondary sanctions on China, according to Aaron Arnold in his article for Foreign Police titled “If Russia Invades Ukraine, Sanction China”.

Speaking of gold, a Bloomberg Quint report said “a multi-year campaign to reduce exposure to US assets has pushed gold’s share” of Russia’s foreign exchange reserves above the dollar for the first time.

With more gold than US dollars in its foreign exchange reserves, Russia should be able to hold on (at least for a while) even if it is not allowed to trade in dollars, as Biden had warned.

Finally, due to its experience of the 2014 sanctions after the annexation of Crimea, the Russian economy has reduced its dependence on foreign investors.

Moreover, according to FTforeign ownership of Russian government bonds has been reduced to 20% since last year.

Therefore, while foreign investment in the country has fallen, it has also allowed Russia to withstand future external shocks that could be catalyzed by sanctions.

Therefore, on the one hand, even if the United States does not send troops to Ukraine in the event of a Russian invasion, there are ways in which it can harm the Russian economy.

On the other hand, Putin’s “Russian Fortress” might be able to absorb some costs without the economy falling to its knees.

How long it can achieve this will depend on many factors, including the duration of sanctions, the outcome of the war and the level of Chinese support for the Russian economy.

(With contributions from The Economist, Foreign Policy, Financial Times and New York Times) 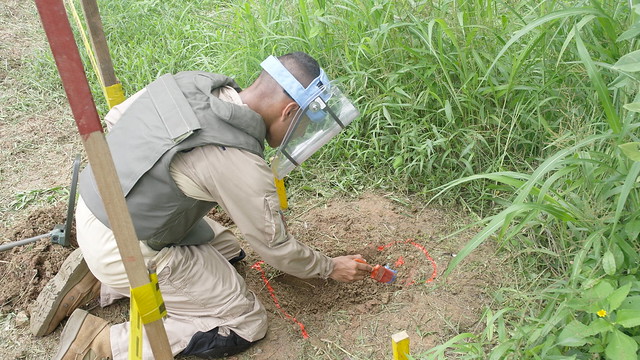