The Federal Trade Commission has obtained a order permanently banning a payment processor who facilitated a fraudulent student loan debt relief program from processing debt relief payments. The order also requires the company and its owner to remit $ 500,000 to the FTC to seek redress from the consumer.

“Companies that facilitate fraud, especially against distressed student borrowers, have to pay the price,” said Samuel Levine, director of the FTC’s Office of Consumer Protection. “A lot of these companies can operate in the background, but they’re very much in our sights. “

AFTS and Johnson have processed the payments of tens of thousands of consumers deceived by SLG into paying illegal upfront fees with bogus promises to reduce consumers’ monthly student loan payments. The complaint cites correspondence showing that AFTS and Johnson were aware of numerous issues with the program.

The FTC alleges the company and Johnson have received complaints from, among others, consumers and banks; knew that SLG had high return rates and was collecting illegal upfront fees from consumers; and knew that SLG kept changing its company name and brand to, among other reasons, mitigate the negative publicity. Despite many warning signs, AFTS and Johnson continued to process consumer payments for SLG until the program was finally shut down following enforcement action by the FTC.

The settlement permanently bars AFTS and Johnson from processing payments for debt relief or student loan companies. They will also be prohibited from processing payments indirectly for any merchant who does not have a signed contract with AFTS, and will be required to apply enhanced screening and monitoring of certain high-risk customers to ensure that those customers do not. do not act illegally.

The settlement includes a monetary judgment of $ 27,584,969, which is largely suspended due to an inability to pay. AFTS and Johnson will be required to remit $ 500,000 to the FTC, and if they are found to have misrepresented their financial situation, the full amount of the judgment would be immediately due.

NOTE: The Commission files a complaint when it has “reason to believe” that the named defendants are violating or are about to violate the law and it appears to the Commission that a proceeding is in the public interest. The final stipulated orders have the force of law when approved and signed by the judge of the district court.

The Federal Trade Commission strives to promote competition, put an end to deceptive and unfair marketing practices and scams, and educate consumers. Report fraud, scams or bad business practices on Report Fraud.ftc.gov. Get consumption advice on consumer.ftc.gov. Also, follow the FTC on social media, subscribe to press releases, and read the FTC blogs.

Next Venezuela and refugees - the organization for world peace 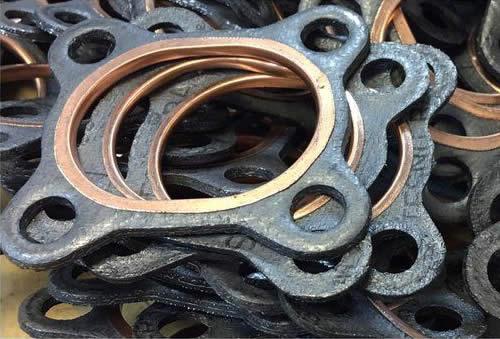