According to a joint statement, signed by Colombian national government high commissioner for peace Iván Danilo Rueda and ELN commanders Antonio García and Pablo Beltrán, released at a press conference in the Venezuelan capital, Caracas, the parties agreed to restore the negotiating table, resume agreements reached before the suspension and restore the dialogue process after the first week of November.

The statement added that the participation of civil society groups would be “essential” for the peace talks to succeed. High Commissioner Rueda explained that the government would look for ways to make this participation possible.

Through the statement, the Colombian government and the ELN thanked the guarantor countries Cuba, Norway and Venezuela for their “unwavering” commitment. They also expressed their gratitude to the special representatives of the United Nations Verification Mission and the Catholic Church.

The location of the talks has not yet been announced, although Commander García has suggested that different stages of the negotiations could take place in the three guarantor countries.

From Caracas, the dialogues of peace are officially re-established between our gobierno and the ELN, together with the garantee countries of Venezuela, Cuba and Noruega. pic.twitter.com/FVZnyKJ8IX

The announcement of the resumption of peace negotiations between the government and the ELN was celebrated by several human rights activists and organisations.

Leonardo González Perafán, coordinator of the Human Rights Observatory and member of INDEPAZ, welcoming the dialogues, tweeted that “the road to total peace is moving forward”.

Jorge Rojas Rodríguez, human rights defender and founder of the Consultancy for Human Rights and Displacement (CODHES), described it as “news of peace”. “Six years (and who knows how many deaths later) the government’s dialogue with the ELN is resuming, which should not have been suspended. The challenge of signing a peace agreement with a guerrilla [group] which has lasted for more than 5 decades [taken up] on time!” tweeted Rodríguez.

Luis Emil Sanabria Duran, human rights activist and founder of Redepaz, also welcomed the resumption of talks with the ELN, and engaged “to promote the participation of society in the dialogues”.

Fundepaz, an NGO based in the department of Nariño, also applauded the news. “All efforts to save lives will always be welcome. Warring territories like Nariño are waiting with hope for the resumption of peace talks between the government and the ELN. This is a new opportunity to capitalize on learning and avoid past mistakes,” the organization wrote in a statement. Tweeter.

The ELN insurgent group was founded in 1964 by labor leaders, students and radical Catholic priests under the inspiration of the Cuban revolution and liberation theology. Following the signing of peace agreements between the then Colombian government of President Juan Manuel Santos and the Revolutionary Armed Forces of Colombia-People’s Army (FARC-EP) guerrilla group in November 2016 in Havana, Cuba , the ELN became the largest guerrilla group in Colombia. The group would have around 2,400 active fighters throughout the national territory, with the highest concentration in the departments of Arauca, Cauca, Chocó, Nariño, Catatumbo and Antioquia in Colombia.

The first talks with the ELN began in 2017 in Quito, Ecuador, under the Santos government. A year later they were transferred to Havana, Cuba. After his inauguration in August 2018, Duque halted the process.

Duque’s successor and Colombia’s first left-wing president, Gustavo Petro, during his election campaign pledged to end violence, dismantle paramilitary groups and consolidate peace in the country. After assuming the presidency on August 7, he reiterated his commitment and promised to achieve “total peace”. He pledged to resume peace talks with the National Liberation Army (ELN), fully implement the 2016 peace accords and negotiate peace agreements with all paramilitary groups and illegal drug traffickers. willing to submit to justice.

In his last two months in office, Petro has taken significant steps to achieve these goals. On August 8, the Head of State announcement the resumption of negotiations with the ELN. On August 11, a Colombian government delegation, led by Foreign Minister Álvaro Leyva Durán, traveled to Cuba to make contact with the ELN leadership in order to move towards peace negotiations. On August 20, President Petro suspended arrest and extradition warrants for ELN members to advance this dialogue. At the same time, he confirmed the return of the negotiation protocols with the ELN that had been signed with the Santos government. In response, the rebel group freed hostages and reduced attacks on the Colombian army. On September 13, President Petro formally asked Venezuelan President Nicolás Maduro to guarantee peace talks with the ELN, which the latter accepted.

In addition, on August 20, the government of Petro spear the first unified command post for life (PMU) in the municipality of Caldono, in the department of Cauca. The PMU aims to achieve total peace and to protect the population affected by the violence across the country, in particular social leaders, human rights activists, environmentalists and former FARC combatants.

On September 18, High Commissioner Rueda hold a meeting with representatives of dissidents from the demobilized FARC-EP group, who returned to armed struggle in August 2019 following the violation of the 2016 peace accords by the Duque government, to assess the possibility of engaging in peace negotiations.

The Petro government’s constant efforts to reach out to armed groups in all regions of the country to convince them to commit to peace have yielded positive results over the past week. On September 28, High Commissioner Rueda reported that at least ten irregular armed groups operating in the country had agreed to join President Petro’s “total peace” policy and had already declared a unilateral ceasefire.

Among these groups were two splinter groups from the FARC-EP, the Estado Mayor Central and the Segunda Marquetaliaas well as drug cartels such as Gulf Clan, Los Pachencasand Los Rastrojosamong others.

In a press conference that day, Rueda said that all the groups, despite their different characteristics, showed their willingness to work with the authorities to move towards peace. “In this phase of exploration, we asked them not to kill, disappear or torture people,” Rueda said, adding that “we are moving forward.”

According to reports, after verification of the cessation of violent actions by these groups against the civilian population and state institutions, the government may announce a bilateral ceasefire and appoint officials who will participate in the dialogue tables.

The multilateral ceasefire is seen as the first major achievement of the new peace process led by the Petro administration.

The Institute for Development and Peace Studies (INDEPAZ) recently reported that since Petro’s inauguration, at least 22 armed groups have issued statements demonstrating their willingness to join his “total peace” project. government.

Moreover, according to the Data Collected by INDEPAZ, the number of assassinations of social leaders, human rights defenders and FARC peace signatories fell sharply in September.

During the celebration of the 17th anniversary of the Strategic Command Operations of the Bolivarian National Armed Forces (PDG-FANB), President Maduro ordered all national security forces to coordinate actions with Colombian military and police authorities to strengthen security and fight against drug trafficking, fuel trafficking, and other cross-border crimes, on a 2,219 kilometer long border with the “sister” country.

“I order that all border outposts, under the direction of the PDG-FANB, communicate with the Colombian military and police forces, to formulate the plan for total peace of the 2,219 kilometers of border with our sister and beloved Colombia “Maduro said.

Neighboring countries officially reopened their common land border after seven years of closure on September 26. The closure of borders has led to an increase in irregular crossings, smuggling and drug trafficking by illegal armed groups, which have profited from the closure. Government officials from both countries agreed that the binational trade reopening would solve multiple problems in the border areas, including security concerns.

Next Organization of American States: fighting… 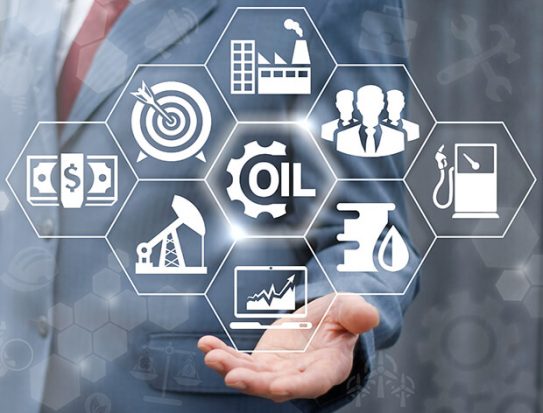